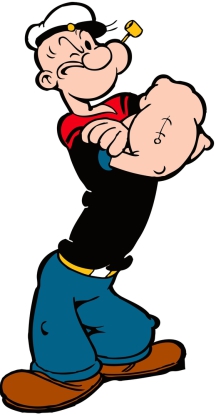 Do you as a kid remember watching “Popeye the Sailor” cartoons? Ever wonder if the character was based on a real person? The astonishing answer is that he was.

His real name was Frank Fiegel.

Born in 1868 in Poland, as a child, he and his parents immigrated to the United States. They settled down in a small Illinois town.

As a young man, Frank went to sea in the Merchant Marines. After serving over 20 years sailing the world and acquiring the nickname “Rocky,” Fiegel decided to retire. Sometime later, in the city of Chester, Illinois, the owner of a raucous bar called Wiebusch's Tavern hired him as a bouncer to keep the peace. Taking on the job with gusto, Rocky promptly got a reputation for being a tough, tenacious fighter (usually winning). During that time though, he took a number of blows to the head, and over time developed a deformed eye and a squint. This prompted him to get a new nickname― "Popeye." In addition, Fiegel smoked a pipe, and it was almost always seen hanging out of one side of his mouth, including when he spoke.

When he wasn’t having to restore order at the bar, Rocky used to love to delight the customers by telling them imaginative, adventurous stories of his ‘experiences’ sailing the world, roaming over the Seven Seas. While the truth was often stretched in the telling, the engaging, entertainment value of the tales made the experiences quite worthwhile.

One of his avid listeners was a fellow named Elzie Segar. 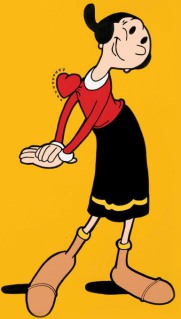 Elzie Crisler Segar grew up in Chester at the turn of the century. As a boy, he helped his father paint houses.

As a young man in the years before the start of World War I, Elzie would sit in the tavern for hours on end, listening in awe to Rocky’s adventures, enthralled by the old sailor’s amazing ‘sea stories.’

Around this time Segar decided to become a cartoonist, and in December 1919, he created a comic strip he called ‘Thimble Theater.’ Characters in it included a skinny gal named Olive Oyl and her brother, Caster Oyl. Olive was based on one Dora Paskel, who owned a small grocery store in Chester, and who not only looked like the comic strip heroine, but dressed like her too.

Years later, when a seagoing character was needed for the strip, Segar remembered old pipe-clenching Rocky Fiegel. Segar visited him and asked if could model his new character, ‘Popeye the Sailor Man,’ after him. Fiegel loved the idea and heartily agreed. Thus Popeye joined the comic strip in January, 1929.

Throughout the following years, Segar stayed in touch with Rocky and always helped him financially, giving him a small percentage of what he earned from his ‘Popeye’ illustrations. 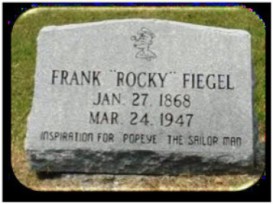 Segar died in October 1938 of leukemia, and Frank Fiegel died on March 24, 1947. But cartoonists carried on the legacy, which eventually included comic books, radio shows, TV shows, a movie, video games, a pinball game, and of course, his theme song, “I’m Popeye the Sailor Man.” Today, the comic character lives on in the Sunday comics. 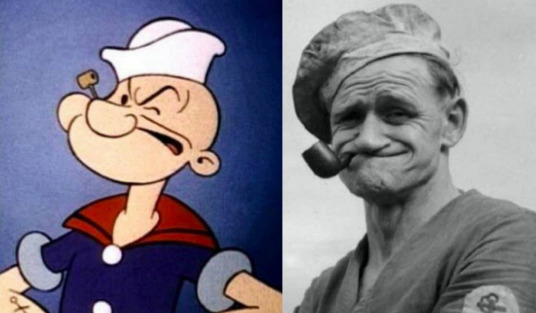 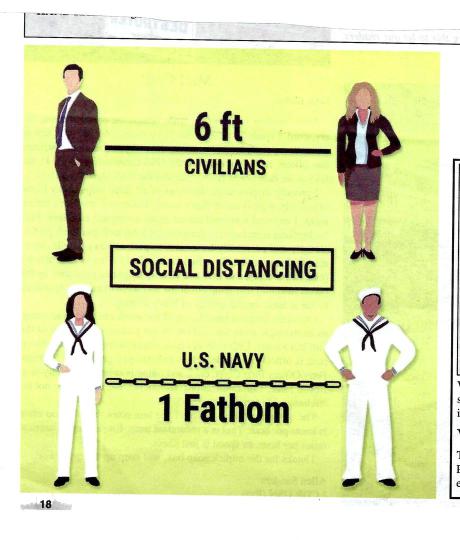 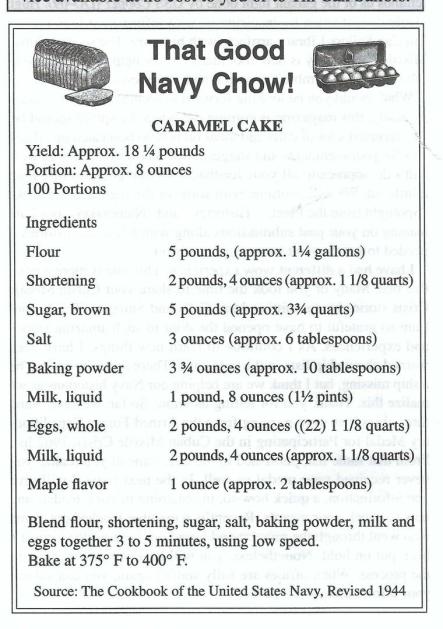 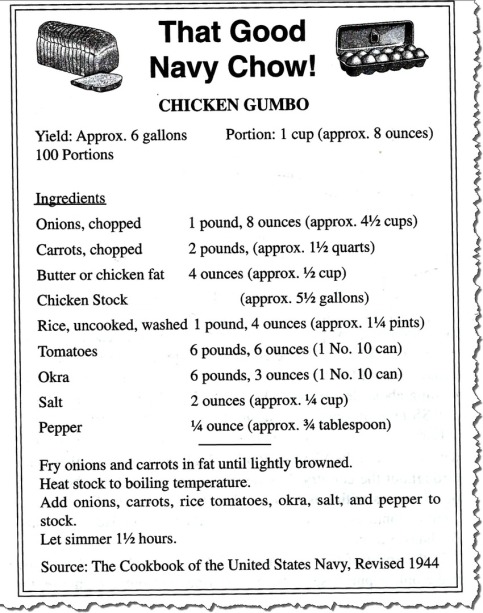 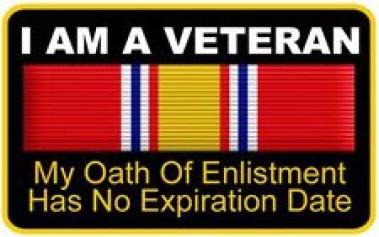