Origins of the Memorial

The memorial project originally began back in 2007, after high school alumnus Captain Mathew Mattingly was killed in action in Iraq on September 13, 2006. A few of his friends decided on creating a memorial to honor his service to our nation. With the blessings of the Reynoldsburg school board, the project soon expanded to include all Reynoldsburg alumni who had served in the U.S. Armed Forces and had made the ultimate sacrifice while in action. A stone for each of the eight such veterans, serving from World War II to Afghanistan, was laid and made a part of the memoria. It was completed and dedicated in 2008.

In the years since this memorial was created (It is the only such memorial in Reynoldsburg to fallen veterans), not enough was done to maintain the site. In 2014, The American Legion Reynoldsburg Post 798 decided that it was time to do something about this. The post officers met with the Reynoldsburg High School Board, and a Memorandum of Understanding was signed for the project to begin. After some delays, renovation was dedicated on June 6 (D-Day), 2016. 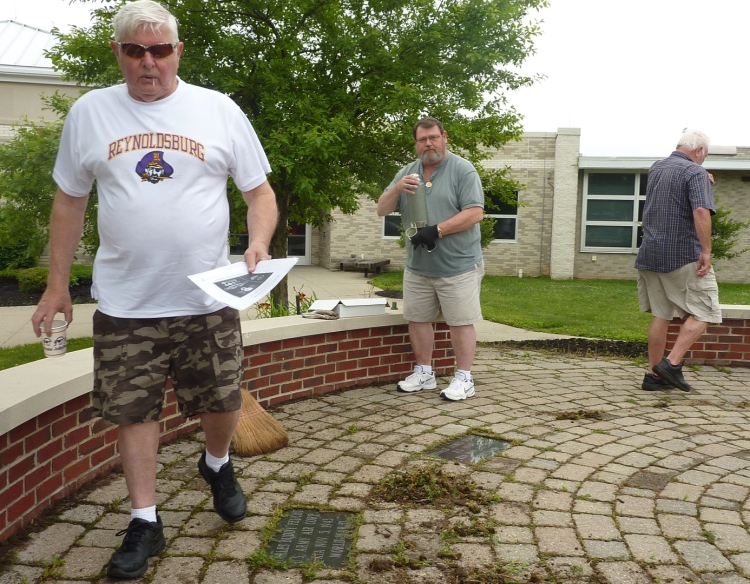 The site will be renovated and modified to include two flagpoles and an obelisk that will list all of the Reynoldsburg High School alumni from all wars who made the ultimate sacrifice for our country while in uniform. Those killed in action (KIA) will be so designated by an asterisk (*).

The site will serve as a tranquil place of remembrance and reflection for community members and especially for the young adults of Reynoldsburg High School. The service and sacrifice of our community’s service members who gave their lives for our freedom will be set here as a shining example to all those in our city. Veterans of all wars, their families, and their friends have recognized the timeless call to our national treasure, one that they answered to defend our country and her ideals in far off parts of the world.

Any and all funding will be greatly appreciated. Generous donors who contribute $500 or more will be formally recognized in a special ceremony given in City Hall.  The need is great, because the expenses will be high. Post 798 is a dedicated unit, but we are quite small for such a proud undertaking. We need the community’s assistance. Please consider a tax deductible donation to honor these heroes and any additional that we discover.

Donations may be sent to:

It is the intention of the post to include the names of all those individuals who graduated from Reynoldsburg High School and died while serving in uniform. Since RHS has existed in one form or another going back to before the Civil War (wow), the research will be ongoing. So if you know of any individual who did graduated from RHS and died in war, let us know.

By the way, another name will be added to the memorial. Sgt. 1st Class Zachary Bannister was killed in Kenya (non-combat related) on October 17, 2016. Zach graduated from RHS in 2002 and served two tours in Iraq and two in Afghanistan.

At some future date, Reynoldsburg folks will be able to donate $100 (tax deductible) for an installed paver (memorial brick) to formally recognize a remembrance a dedication to a special RHS veteran that they also want to be honored. The pavers will be laid in the walkway to the memorial. The amount covers the cost of the brick and the future maintenance of the site. 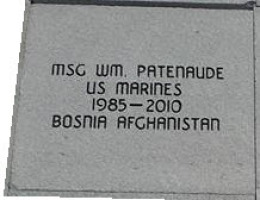